Baby Steps: 10 ways to go digital without killing your newspaper

Toni Albertson, adviser at Mt. San Antonio College’s all digital newsroom that operates in partnership with the Washington Post and Medium.com, will show you how to take some small steps toward innovating your student newsroom without killing print (at least for now). 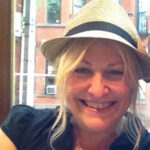 Toni is a professor of journalism and adviser of student media at Mt. San Antonio College in Los Angeles. Since coming to Mt. SAC in 2006, she turned around a troubled journalism program with low enrollment and turned it into an award-winning program that was recently called by Nieman Lab “the most daring, innovative college media outlets in the United States.”

Under her guidance, the student media stopped all print publications, and in a unique partnership, moved its newsroom over to Medium, launched a hyper-local reporting news site on Twitter with student staff covering 15 local cities, and partnered with the Washington Post to power the student news site.

She is a former music journalist and entertainment magazine publisher, and former owner of the largest music promotion company in Hollywood. She also serves on the board of the California College Media Association, and is the innovation coordinator for the JACC.