Finding stories in data: How stats can uncover fun and important trends

Data journalism and visualization are some of the skills most in-demand in newsrooms. Learn about what data journalism is and how to harness its power to find compelling stories that your audience can’t find anywhere else. 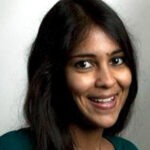 She previously worked at the Better Government Association and the Center for Public Integrity, two investigative journalism nonprofits. She also worked as an investigative reporter for WAMU-FM 88.5, the National Public Radio affiliate in Washington, D.C., where she co-authored a multimedia project that won nine journalism awards and honors in 2013 and 2014. She spent most of her career at newspapers: The South Florida Sun Sentinel and the San Jose Mercury News. Julie was born in India and raised in Chicago. She received a bachelor’s degree from the University of Chicago and a master’s degree from Stanford University. 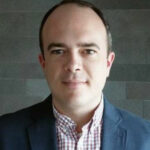 Matt Stiles, Los Angeles Times
Matt Stiles covers Los Angeles County for the Los Angeles Times. He previously reported on North and South Korea from Seoul for the newspaper’s foreign desk, explaining the political and military tensions between the two nations. Before joining The Times, he worked for the Wall Street Journal, NPR and the Texas Tribune, among other news organizations. Stiles specializes in using data analysis and visualization to explain complex stories.