The need for students who are culturally competent and who are fully bilingual and biliterate is now more imperative than ever. In this workshop, we will explore the world of Spanish-language news and how being bilingual will make you more competitive in the current journalism job climate. 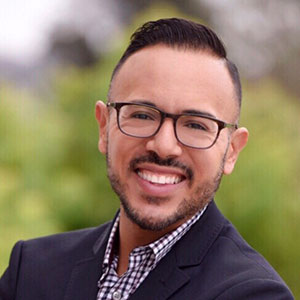 Ayala teaches courses in both English and Spanish through the university’s Latino Communications Institute and oversees the school’s award-winning Spanish-language newscast Al Día. Prior to joining CSUF, Ayala was a seasoned award-winning producer with over 15 years of network-level experience covering breaking and long format news stories. Most recently, Ayala was a producer for ABC News where he worked with news icons like Peter Jennings, Ted Koppel, Barbara Walters, and Diane Sawyer, just to name a few. While at ABC he excelled as an expert covering breaking news in Latin America and South America, and covered the devastating earthquake in Haiti, the Pope’s visits to Cuba, civil disturbances in Venezuela, and the rescue of 33 trapped miners in Chile. Moreover, he has covered all major natural disasters— from earthquakes, wildfires, and floods to tornadoes, hurricanes, and tsunamis. He is also the executive producer of End of the Road, a documentary that chronicles the plight of migrant children left behind in Latin America who made the harrowing journey to the United States to be reunited with their parents.

He is a graduate of UC Berkeley and USC’s Annenberg School of Journalism, and he obtained his journalism teaching certification from the Walter Cronkite School of Journalism. He is the recipient of four national Emmys and six Edward R. Murrow Awards.