Tips from the Pros: Cracking the Internship Code

Applying to an internship can be daunting if you don’t know where to start. Panelists will discuss what they look for in applicants and how to succeed while on the job.

This workshop is sponsored by the AAJA Los Angeles 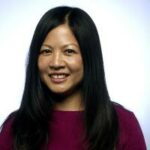 Cindy Chang, Los Angeles Times
Moderator
Cindy  covers the Los Angeles Police Department. She came to The Times in 2012, first covering immigration and ethnic communities before moving to the L.A. County sheriff’s beat. Previously, she was at the New Orleans Times-Picayune, where she was the lead writer for a series on Louisiana prisons that won several national awards. A graduate of Yale University and NYU School of Law, she began her journalism career at the Pasadena Star-News. 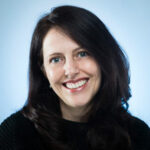 Tracy Boucher, Los Angeles Times
Speaker
Tracy is the director of news development at the Los Angeles Times, where she runs the internship and Metpro programs and coordinates the newsroom’s journalism award entries, among other duties. She started her career at The Times as an intern in 1992 and was hired as a copy editor in its Orange County edition in 1993. Boucher worked on the paper’s Metro and features desks as a split-shift copy desk chief before taking a position as deputy innovation editor in 2007. In that role, she helped transform separate Web and print operations into a single newsroom feeding multiple platforms. She previously worked at the Orange County Register, the St. Petersburg Times and the Orlando Sentinel and is a graduate of the University of Florida. 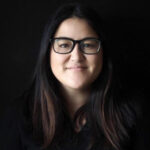 Ashley Alvarado, Los Angeles Times
Speaker
Ashley  is the director of community engagement at Southern California Public Radio (KPCC + LAist). She works to develop strategies and opportunities to engage new and existing audiences across platforms. Ashley is focused on engagement and source development as a means to diversify the sourcing in news coverage and on shows, help enrich programming, and grow audience. Among her efforts is the engagement-driven, community-centered live storytelling series Unheard LA, leading human-centered design projects, and Feeding the Conversation, an ongoing series of engagement-sourcing gatherings that bring together members of the community with KPCC journalists around specific themes or coverage areas. She also serves as board president of Journalism That Matters, on the steering committee of Gather, as mentor for Membership Puzzle Project’s Join the Beat cohort, and as a curator for American Press Institute’s BetterNews.org. 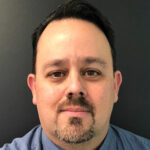 Todd Harmonson, Senior Editor – Orange County Register
Speaker
Todd is the Register’s senior editor and one of the lead editors for the Southern California News Group. He is an award-winning journalist who spent much of his career in sports as a reporter and, later, as the Register’s sports editor. Harmonson has been honored by the Associated Press Sports Editors and the Orange County Press Club for his column writing. Harmonson is the president and chairman of the board of the all-volunteer California Scholastic Press Association, which conducts one of the longest-running high school journalism workshops in the country. He was inducted into Cal State Fullerton’s Communications Wall of Fame in 2017. He and his wife, Michelle, have three adult children.