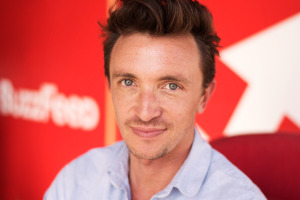 In his role at Buzzfeed he has helped lead a team of breaking news reporters in Los Angeles, working closely with similar teams in New York, London and Sydney as part of a 24-hour global news operation with regional reporters also stationed across the world.

Since 2012, BuzzFeed News has expanded to include hundreds of reporters and editors, with teams dedicated to covering business, politics, the environment, science, technology, entertainment, breaking and foreign news.

Wells joined BuzzFeed in 2014 after heading up the breaking Metro news desk at the Los Angeles Times. Prior to that assignment, he spent several years managing The Times’ community news division for L.A. County.

Wells graduated San Diego State University with a bachelor’s in journalism and is an alumnus of College of the Sequoias in Visalia, California where he was editor of the student newspaper.